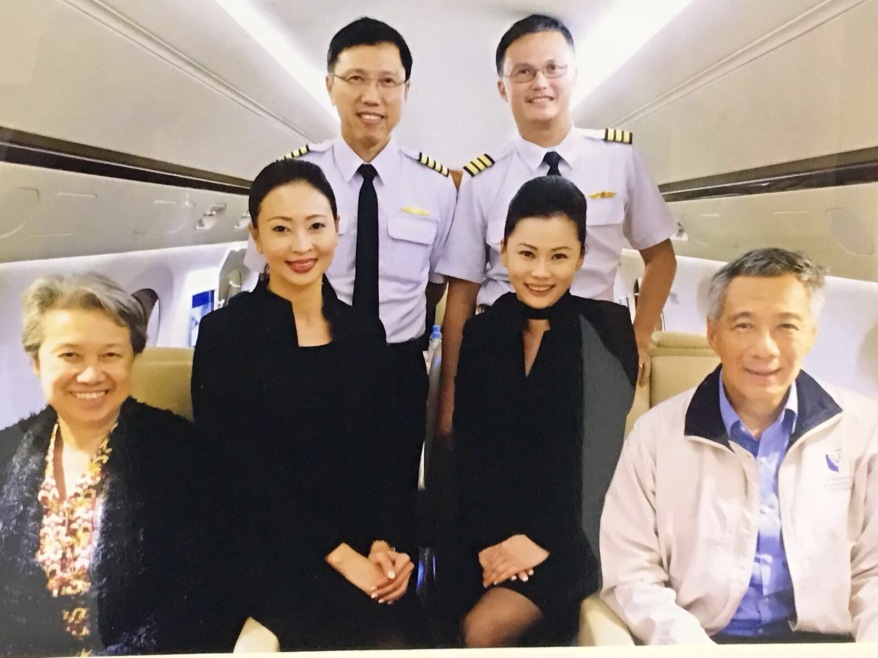 Historically it has always been a bragging point of the PAP Government that the Prime Minister and his colleagues do not have a special aircraft or fleet reserved for their use. Instead they booked regular commercial flights in First Class on SIA if seats were available or presumably chartered an SIA aircraft if the destination was not on SIA’s regular route network.

Our state media often contrasts  this with other countries where leaders have bought status aircraft with state funds and frequently blur the boundaries between official and private business. Indeed Malaysiakini posted an article about Najib’s use of his official jet, an Airbus A319, to transport himself and his family to a holiday in Australia. The PAP troll, Fabrications About The PAP, posted a picture in 2015 of Lee Hsien Loong taking a Malaysian Airlines commercial flight to KL to show solidarity with Malaysian after the MH370 tragedy and contrasted it with Najib’s allegedly corrupt use of state resources.

This boast about the incorruptibility of PAP leaders was undermined when Lee Kuan Yew managed to charter an SIA Boeing 747 and had it turned into a hospital to bring his wife, who was a private citizen, back to Singapore after she had a stroke on a visit to London in 2003. However, after an outcry among netizens, LKY issued a statement saying that he would meet the full costs of the charter though no further accounting was provided either by SIA or the  medical teams to substantiate his claim so we have no idea whether he paid the full cost charged to members of the public or was given a discount like when he and other members of his family bought apartments in Nassim Jade.

Given the  high standards our leaders claim to meet and the public claims of modest lifestyles, I was therefore surprised to see PM Lee and his wife, Ho Ching, emerging from a Gulfstream business jet on their recent trip to Vietnam for the APEC summit. This was followed by a hop to Manila for the ASEAN heads of state meeting.  Someone alerted me by sending me a link to a thread on Sammyboys forum discussing  Ho Ching’s and LHL’s use of the Gulfstream with comments by the famous Scroobal whom Shanmugam’s lawyers spent a lot of money trying to track down for allegedly defamatory comments about Shanmugam’s marriage. A little bit of research showed that LHL has been using the jet since at least 2015 when a Philippines news media site carried a report on his visit to Manila headlined “LOOK: Singapore’s Lee uses less extravagant plane”.

I found the aircraft appears to be owned by Pacific Flight Services, which is a subsidiary of ST Aerospace which in turn is part of the ST Engineering Group, 50% owned by Temasek Holdings. I would ask the following questions if I was in Parliament:

We know that LHL has a tendency to treat state resources as his own personal property as when he used his Press Secretary to defend his personal lawsuit against the unemployed blogger Roy Ngerng. He also spent a lot of taxpayer funded work time dealing with the suit. It would be reassuring if the PM would provide figures detailing his use of state owned private jets and under what circumstances to prove that no similar blurring of the boundaries is taking place here. It is particularly important when the WP MPs on the Aljunied Hougang Town Council are quite rightly being forced to account for any payments to related entities that similar standards should apply to our First Familee and their relatives.