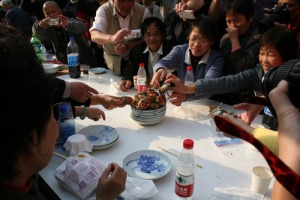 The Prime Minister has of late taken to warning us that Singapore needs to get its politics right as well as its economics.  He emphasised this in his National Day Rally Speech last weekend and again at The Ang Mo Kio- Hougang National day dinner. He clearly feels beleaguered these days with six Worker’s Party MPs in Parliament, a new spirit of confidence among the Singaporean voters and what he views as an unnecessarily politicised Presidential Election. With no sense of irony he urges Singaporeans to play their part in our country’s progress and warns them that Singapore is too small to afford political paralysis.

Getting the politics right is getting the economics right. Look at Communist East Berlin and how it fared compared to Democratic West Berlin despite a huge concrete wall. The PAP policies are preventing Singaporeans from playing a meaningful part in the country’s future just as that wall kept Berliners from crossing over to democracy.  We are storing up dissent through the denial of basic freedoms.

Speaking at the Ang Mo Kio-Hougang National day dinner on Sunday evening he added, “And we must have harmonious political system (sic) where we make important decisions in the best interests of Singapore and Singaporeans, and keep ourselves safe in this uncertain environment.

We are too small to be able to afford impasse and gridlock, to have two sides blocking one another so you can’t move, you can’t solve problems, you can’t go ahead. We have to work together.”

The elephant in the room is that hidden behind the phrases ‘going ahead’ and ‘working together’ is the PM’s unwillingness to relinquish any control at all even though this would further progress and harmony.  Even the DPM said that he welcomed opposition in Parliament. So what the PM views as an over politicised Presidential election campaign is a direct result of a pressure cooker environment that the PAP have created by denying the people an outlet. Although cyber space is the only place left to them for their voices they clearly can’t be fobbed off with stage-managed, so called interactive, websites and chats. Singaporeans have made it clear that they want debate, transparency and accountability.

In any case, “Harmonious” is often just a euphemism for conformity and control and was the Confucian ideal, the Mandate of Heaven (undermined in practice by the emperor’s exercise of absolute power without accountability), for the relationship between the Chinese emperor and his subjects. A harmonious society was the end goal for the Communist Party of China as announced by Hu Jintao at the 2005 National Peoples’ Congress. While it may have been intended to herald a new emphasis on social goals such as lessening income disparities, in practice it meant a redoubled effort at asserting control over new media and the right to freedom of expression. In fact, so much so that the pinyin for “harmonious” was often transformed by Chinese netizens into the similar word for “river crab”, slang term for internet censorship.** Perhaps when PM Lee talks about needing a harmonious political system, he is hinting at new controls on the new media to prevent what he and the PAP might define as unpatriotic elements?

It is risible that, with just six out of 87 MPs not coming from the ruling Party, the PM is already warning of gridlock and paralysis! Is the PM really saying that we need a one-party state, and no open debate on the PAP’s policies, in order for Singapore to survive, let alone grow?  Far from being in a state of gridlock both arms of the US political system for example have worked together to come up with a proposal. And they were at opposite ends of the spectrum pitted against each other, so why can’t the PM openly welcome the people’s choice?

If the PM’s main emphasis is that he and his cabinet need complete control and freedom from the pressure to be responsive to the people – then perhaps they should agree to draw a lower salary more in keeping with remuneration levels in non-competitive and non-stressful environments?  The old saying, “if you can’t stand the heat stay out of the kitchen” comes to mind.

Their salaries are explicitly justified by reference to what salaries are in the private sector. But in the private sector the people who earn these salaries have to face intense competition and in the case of public companies, the very public scrutiny of demanding shareholders and activist investors. As an economist I can tell you that at a time of global economic uncertainty we need more scrutiny and debate of government policy, not less.

Activist investors are dedicated to robbing management of an easy life in order to ensure that these CEOs maximise returns. And that pressure on the CEO’s keeps them accountable to the shareholders. That is how it should be under a capitalist system and is the economic justification for the high levels of financial reward.  Our PM needs to be able to justify his high salary by reference to how successful he has been in raising living standards for his shareholders, the people of Singapore, not by reference to low-quality economic growth fuelled by a swelling population

If we are all going to be shareholders in Singapore Inc. then we need to make it a model of corporate governance. I have always believed that the best way to achieve this is through more competition, not less, whether that be in the economic or in the political system. Yes, Prime Minister (no pun intended) we need to get our politics and our economic right. This is why there need to be more Opposition MPs in Parliament and the government needs to face a credible threat of replacement at the next election before they will truly respond to our needs.

The solution for a harmonious society is for the Prime Minister to stop being afraid of the voice of his people. He needs to put more confidence in their common sense and in his own ability to sway public opinion without the controls and mechanism currently at his disposal. As a first step I suggest that they look at repealing the Newspaper and Printing Presses Act. Building a democratic society is building a harmonious society. Current attempts to control that and prevent it are making Singapore an outlier amongst advanced and prosperous nations.

The litmus test for the Prime Minister’s commitment to building a harmonious society would be seeing how smoothly he could work with any President chosen by the people, even though that President may have a different ideological viewpoint to his. Two heads, as they say, are better than one.