We Need A New Model 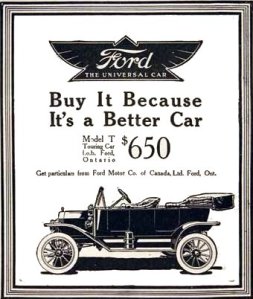 On  reading the reports of DPM Tharman’s speech at the World Bank-Singapore Infrastructure Finance Summit yesterday, I was surprised how sanguine he was about the likely global recession and its effects on Singapore. While it is true to say that “we’ve got the fiscal space to deal with it”, he seems to view it as a temporary hiatus after which growth will resume according to the familiar Singapore economic model. That is, growth fuelled by exports and an external surplus that is over 20% of GDP.

Would that was true but sadly this is not likely to be a temporary phenomenon. The real burden of private sector debt, exacerbated by a mistaken policy of cutting public sector debt through fiscal austerity rather than through growth, in Europe and the US, means that consumers will continue to cut back and these economies’ appetite for imports will decline. At the same time, quantitative easing by the Fed and warnings by the US government against currency manipulation have pushed down the value of the US dollar when in the past it might have been propped up by buying from Asian central banks determined to maintain a competitive advantage. So, while we may be able to deal with it short-term by increased infrastructure spending or a renewal of wage subsidies, it would be a mistake to assume that there do not have to be permanent changes in the structure of our economy and a move towards higher levels of domestic consumption and lower levels of saving and net exports if we are to maintain economic growth longer term. The penny does not seem to have dropped here yet.

However higher levels of investment on their own are likely to be subject to diminishing returns. This was the experience of most of the so-called Asian “tiger” economies over the last twenty years and was drawn attention to in several academic studies, most notably by Paul Krugman. Of at least equal importance would be raising the productivity of existing investment, something that Singapore has notably failed to do. If the increased investment goes into raising the productive capacity of the economy without raising domestic demand then the investment is unlikely to be able to earn an economic return. The days of reliance on export-led growth are likely over, at least for now, for the reasons cited in the paragraph above.  While Tharman is right to point out that governments should be prepared to raise infrastructure investment, by borrowing if necessary given current low interest rates, the private sector is unlikely to follow suit and invest if there is no underlying demand. Without measures to raise domestic demand, government investment in infrastructure may end up being wasted or underutilised. This was the experience of Japan during its long deflation beginning in the 1990s.  Endless public works programmes and investments in infrastructure did not succeed in appreciably boosting the growth rate. This was because the increased spending was clawed back by raising taxes which largely negated the effects of the extra spending in the first place.

The moral of the story here is that, just as Singapore cannot rely any more on a growth model based on running a structural surplus through low consumption and high net exports and savings, so developing countries cannot assume that reliance on an export and investment-led model, as Tharman seems to be suggesting, will provide a route to higher economic growth. The world has changed and we need to move away from these outdated growth models.

Tharman also spoke about capital inflows which are a particular concern to the MAS as they may not only lead to a domestic asset bubble but also result in losses for the central bank on the holdings of foreign currency it is obliged to buy if the Singapore Dollar subsequently appreciates. So far the MAS has allowed the Singapore dollar to appreciate some 19% against the Euro and 11% against the US Dollar over the past year. However the consequences for the domestic economy are starting to be felt as Singaporean exports lose competitiveness and tourists find Singapore too expensive.

This problem has been brought into sharper focus by the announcement today that the Swiss National Bank is prepared to buy unlimited amounts of foreign currency to prevent the Swiss Franc from rising above 1.20 to the US Dollar. The announcement may precipitate more speculative inflows into the Singapore Dollar if that is still seen as a one-way bet by speculators with even greater adverse consequences for output and employment if the currency rises further. While our economy does need to shift away from an over dependence on exports, the severity and speed of the adjustment should be moderated. In light of the SNB announcement, MAS should seriously consider stepping up its purchases of foreign currency in order to prevent too rapid an appreciation.  However this may prove futile unless we go down the same route as the SNB and draw a line in the sand above which our currency will not be allowed to rise.