Since 2012 I have pointed out, repeatedly, that the Singapore Budget presentation gives a deeply misleading picture of the Government’s finances. I have written innumerable times on how the Budget does not follow the best practice set down in the  IMF guidelines. For those interested in the history and why it is important that we stay in step with International practice, I have given the links below.

This year’s Budget was presented by the new Finance Minister Heng Swee Keat, a contemporary of mine at Cambridge University. However even though the talking head doing the presentation has changed  there was no greater clarity this year than when Tharman was presenting the Budget in previous years.

It is only by including all the items listed above that  we can obtain the real cash surplus of the Government (before adjustments in the market value of investments and assets). The last figure available is one of $22.4 billion in 2014.  In fact the real cash surplus has been at or above $20 billion every year since 2009. Here is a table showing you the amounts.

However even this is not the full picture since it only includes dividends and investment income paid to the Government and does not include the earnings of other Government corporate entities and statutory boards such as Temasek, GIC, MAS and Changi Airport Group (whose investment programme taxpayers are financing through the Budget). The Government does publish a figure for what is called the General Government surplus but this is not available in any of the Budget papers.

At the same time the fiscal positions published in the Budget statement were as follows, with original and revised figures side by side:

The Budget position presented to Parliament, while including a contribution from the returns on the reserves called the Net Investment Returns Contribution (NIRC), the basis for the calculation of which is opaque and discretionary, obviously bears no relation to the general government, or even the government surplus.

It also borders on fraud by classifying Top-Ups to Endowments and Trust Funds as spending when they are in fact savings which are meant to be spent over several years. I have repeatedly drawn attention in a series of blog posts to the trick the Finance Minister has played in past years by matching the whole of the NIRC with Top-Ups to Endowments and Trust Funds.  The aim is obviously to fool the public into thinking that the Government has no spare resources for greater social spending by engineering a small deficit or surplus every year.

Meanwhile the money allocated to these funds disappears from Parliamentary scrutiny and seems to get mysteriously spent without any accounting to Parliament for tangible results from that spending. In particular I would cite the Productivity Fund where over $2 billion has been spent apparently without any reckoning or tangible benefit.(please see below for links to previous blogs on this subject). I rose all these issues of dishonest budgeting when I attended the Hri Kumar forum in 2014 but he chose to dodge my questions then and the PAP continue to dodge them just as they have since 2012.

Even if we ignore the misclassification of fund transfers as spending, still the Budget every year underestimates revenues and overestimates expenditures in a pattern that is too consistently positive to be the outcome of random error. The total excess amounted to nearly $22 billion from 2007 to 2014. The IMF have said in their IMF Country Report dated July 2015 that such large errors cannot be the fault of a poor forecasting model as the Government has had ample time to correct any mistakes and therefore it is deliberately conservative in an effort to disguise the actual resources available for spending.

As a result of my consistently drawing attention to the Government’s magic tricks with the Budget over a period of years, one of the fellows from the LKY School at NUS, Mukul G. Asher,  has written an article backing me up. You can read his “Budgeting data gaps and fiscal policy debate” in Asian Pathways, a blog of the Asian Development Bank Institute, calling for greater transparency in the Budget and echoing me in pointing out that hiding the enormous Government surpluses is aimed at silencing calls for more  social spending, which the country can easily afford. In fact, if I were forced to reduce my economic arguments to one point it would be this. That when the figures are brought out into the open it becomes clear that we can afford more, austerity  enforced by the PAP is as unnecessary as  left wing opposition calls for Robin Hood taxes or cutting the defence budget to spend on health.

Every year I have called for the value of the government’s land holdings to be included in the Budget  and  Asher also points out that revenue from land sales is a recurring item because land is not sold but leased. It should therefore be properly included in operational revenues and not be treated as part of the reserves, which under the Constitution as amended by the PAP, cannot be spent without Presidential approval.

However it is too easy to blame the Government for hiding the figures and lying about the resources available. As I have shown the true figures are publicly published and relatively easy to find. They can be simply analysed by anyone who knows anything about Government finances or who has studied macroeconomics. Even the Budget revenue estimates contain the figures for revenue from land sales, dividends and interest and investment income. The Government surplus can be calculated from the Budget documents even if the correct figure should be the General Government surplus. That  can be found in the Monthly Digest of Statistics, though it is always at least a year out of date.

The fact is that the Opposition are sadly lacking in even basic numeracy or economic competence. Sadly it seems they are unable to read a balance sheet or cash flow statement, something that any first year accountancy undergraduate should be able to do.

The PAP have adopted a deliberate policy over decades of dumbing down and infantilising Singaporeans and, given their control of every aspect of people’s lives, they have largely succeeded. Voters have regressed from the political awareness that they had even in the 1980s and have come to think of their MPs as mere estate managers responsible for seeing that their lifts are working and their trash is collected, not as representatives elected to protect their interests in Parliament by holding the Executive accountable for its actions. If Parliament is debating in a fog, then it is at least partially the fault of the MPs and the public.

The fog analogy reminds me of an old story. It is often said that a Ministerial answer to a Parliamentary question  time in the UK is like being stuck in a car in a fog in remote countryside and asking someone for directions. The Minister’s answer to the question “Where am I” would be “You’re in a car in a fog”. In other words he would try to get away with giving you no more information than you already knew.

The  ability for Ministers to dodge uncomfortable questions are a thousand times greater in Singapore. But since JBJ lost his seat they have not had to worry about being given an uncomfortable time in Parliament. Our Opposition MPs are so scared that what happened to JBJ will happen to them, and that they will lose the lucrative cash flow from being an MP and administering a Town Council, that they are prepared to sit quietly in the fog, or in our case the haze, and not ask any real questions. 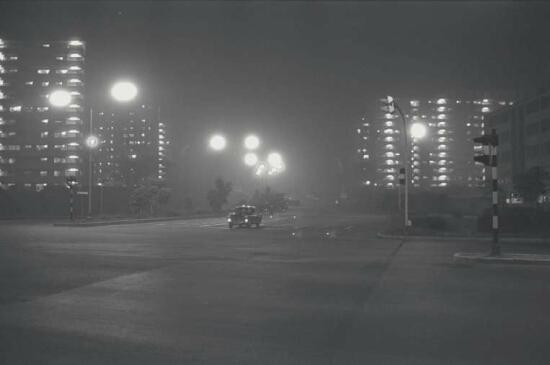