Keeping It Under Your Hat -The Panama Papers

The Panama Papers is a massive leak of files from the Panamanian law firm Mossack Fonseca, engineered by the International Consortium of Investigative Journalists.(ICIJ) Names and identities released so far include,  like the proverbial bad pennies, the Malaysian PM and his son , friends of Putin and the leaders of other ex-Soviet dictatorships like the President of Azerbaijan.

The children of several members of the Chinese Politburo are named and this revelation is so devastating that mainland China has blocked all searches containing the term Panama.

But so far no Singaporean has been named, as the Singapore State media were quick to point out.  However before they get too excited the Government media should remember that this was a leak of more than 11 million documents and the ICIJ has not been through them all yet. Don’t forget also that these are the documents from just one law firm and Singaporeans may simply have used a different firm to Mossack Fonseca. No Americans were named either, probably for similar reasons and taxes are so low in Singapore that even low tax paying wealthy Americans take up our citizenship. However Mossack Fonsecka does have an office in Singapore, we do have a history not just with Indonesian  ill gotten gains but with despots like Zimbabwe’s Mugabe who banned from his beloved England spends his money here and we do know that trillions flows through our shores.

This leaves one curious as to where the Lee family do hide their wealth particularly as they have taken a number of steps to avoid transparency.

In any case Singaporeans do not seem too worried about their leaders’ wealth built up on the sweat of the average Singaporean’s hard labour and austere living conditions. Transparency seems to be much less important than whether their Town  Council is doing a good job of maintaining and cleaning the lifts and common areas.

The principal reason why no Singaporean has been named in the Panama Papers so far is of course that for anyone resident in Singapore there would be no need to set up an offshore company to hide your wealth. Singapore has no tax on investment income from abroad, interest income or dividends. It has no capital gains tax. Corporate and personal income taxes are pretty low by international standards. Wealthy Singaporeans have less reason to set up an offshore company in Panama or the British Virgin Islands (BVI) to hide their wealth. Nor are our elite particularly worried about disclosure.

What should worry us is that Singapore has historically been known as a tax haven and a centre for money laundering. In the 1970s and 1980s Singapore was known as the place where Indonesian ministers and the heads of the national oil company Pertamina stashed their wealth. I remember newspaper headlines in the 1980s about tensions with Indonesia because Singapore refused to take any action against the ex-head of Pertamina who had stashed a few billion dollars in Singapore banks. There have also been a lot of concerns from NGOs and charities that Singapore has become the money laundering centre of choice for the Burmese junta and drug lords.

From 2005 onwards the US started cracking down  on US citizens using  secret Swiss bank accounts to evade income taxes. Singapore was then expected to benefit and surpass Switzerland as an offshore banking centre.  However I did warn that if the US cracked down on Switzerland then it was only a matter of time until that crackdown extended to Singapore’s secret banking haven status.

In 2008 the FBI travelled to Switzerland to probe the use of tax evasion vehicles for US citizens set up by UBS . In a landmark move they were able to obtain banking account details thereby opening up Switzerland’s previously impregnable banking secrecy.The US then passed the Foreign Tax Compliance Act in 2010 to require foreign financial institutions to furnish information to the IRS about US holders of foreign bank accounts.  Branches of financial institutions based in Singapore have also been forced  to comply with this Act.

In order to protect our wealth management industry from charges of facilitating tax evasion (as opposed to tax avoidance which is legal but increasingly under attack by tax authorities in many countries) our government has signed up to the Global Forum on Transparency and Exchange of Information for Tax Purposes – but so has almost everyone else including Panama. We can see from the role played by a UAE-owned Swiss private bank’s Singapore branch (Falcon Bank) as an intermediary in siphoning money out of the Malaysian 1MDB fund and into Najib’s personal account that in reality MAS still employs what can be euphemistically described as a very light regulatory touch on compliance issues . Our Government’s commitment to transparency is paid in lip service rather than actual deeds.

In fact in February 2014 ICIJ released leaked files from the Portcullis Trust, another offshore company management firm revealing the role of Singapore in helping the relatives of Chinese officials move money abroad.  As a qualified commentator on banking secrecy in Singapore with a  body of work on the need for transparency the Swiss news media sought me out a to comment on the revelations. To quote from the report which you can find here report:

“The Singapore financial regulator, the Monetary Authority of Singapore (MAS), is alert to growing suspicions that not all of the assets that it attracts are clean. The island state has signed up to tax information exchange programmes while making it a criminal offence for banks located there to accept undeclared or laundered money as of July of last year.

But not everyone is confident that Singapore is following up its words with actions. Opposition politician Kenneth Jeyaretnam, Secretary-General of the Reform Party, has campaigned for years against perceived corruption in Singapore.

“While Singapore pays lip service to information exchange, it continues to turn a blind eye to assets derived tax evasion and outright theft,” he told swissinfo.ch. “A lot of Singapore’s financial centre growth comes from the perception that Switzerland’s banking secrecy has deteriorated.”

I was also quoted in this report in the German magazine Der Spiegel by Martin Hesse in November 2013:

Kenneth Jeyaretnam is an economist and the secretary-general of the opposition Reform Party. In 1981, his father was the first opposition politician to enter the country’s parliament. “Singapore was always a tax haven, a parasite of the corrupt systems that surround it,” says Jeyaretnam. A German attorney in Singapore concurs, saying that large amounts of money from dubious sources in surrounding countries are deposited in Singapore. This is desired, politically, within the ASEAN region, he explains…

The problem in Singapore, says Jeyaretnam, is that there is insufficient parliamentary scrutiny of the economy and monitoring of the implementation of anti-corruption laws. “Personal relationships are very important in business and politics in Singapore.”

The government and the economy are tightly interwoven, a relationship that is reinforced by the influence of powerful family clans, which have exerted substantial control in politics and in many companies for decades.

There is a distinction of course between tax evasion- clearly illegal and tax avoidance -not so much. Are people from all over the world entitled to arbitrage on different tax regimes if it is legal? Currently yes, but as this leak shows global attitudes are changing and moral outrage to legal tax avoidance is slowly but surely being followed up by  laws making “abusive” avoidance also illegal, particularly in the UK and the US.

Whilst our Government continues to be an outlier amongst developed nations in this area as well as in the area of human rights it would be foolish for our financial sector to continue to rely on growth based on banking secrecy and those wishing to arbitrage our low tax regime. The massive leak that is the Panama Papers,  the dismantling of Swiss banking secrecy and recent laws demonstrate that. We have already seen reports from Australian  regulators that they will be probing 800 Australians with accounts in Singapore and we know that Singapore is the port of choice for Australians engaging in tax evasion.

As ever I am a champion of transparency and as ever I am disappointed that our people have been brainwashed into accepting a Parliament that simply does not function. 30 years of a compliant Parliamentary Opposition which should  be looking over the Government’s shoulder and demanding oversight  have left us with an Executive that  has no limits placed on its powers. We are unlikely to ever get to see the state of our nation’s finances whether that is the amount of our reserves, the salaries paid to the head of Temasek Holdings or the assets and earnings of our Ministers, MPs and their families.

If all else fails we should get those ICIJ journalists over here. If they can go through 11 million leaked documents in a year then they can probably count the money in our reserves in no time at all. 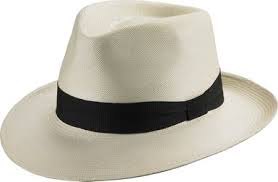