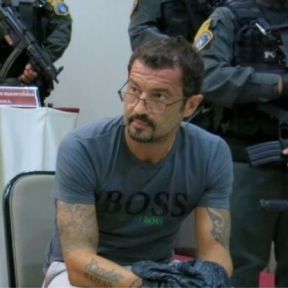 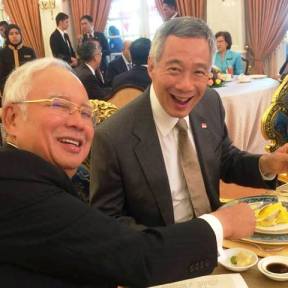 A few days ago another illuminating example of how Singapore’s PAP Government uses its Fake News mouthpieces came to light. However this time, instead of its usual tactics of brainwashing and intimidating Singaporean voters with a brazen arrogance that even the Russians must admire, it has been caught trying to influence Malaysian politics.

On 25 May The Edge, an independent Malaysian media group, of the sort that has been extinct in Singapore since LKY’s forcible closure of the Singapore Herald and other independent newspapers in 1971,  published an article showing how the Straits Times (or more aptly the State Times) had written a piece of fake news designed to smear those working to expose the theft taking place at 1MDB and support ex-PM Najib Razak.

The fake news in question concerned an article published in the ST’s print and online editions on July 24 2015. This took the form of an exclusive interview with a former employee of PetroSaudi (which was one of the entities to which large sums of IMDB’s money money were allegedly diverted), Xavier Andre Justo, who was then languishing in a Bangkok jail after he tried to sell the information about PetroSaudi being used as a vehicle to steal money from 1MDB and being accused of theft and blackmail by his employer.

The report was headlined “I was offered $2.7m for stolen data: Ex-PetroSaudi employee Xavier Andre Justo on the 1MDB saga” and went on to say that the group to which Justo handed documents related to 1MDB’s transactions with PetroSaudi told him they intended to “modify the documents” and use them to “bring down the Malaysian government” of Prime Minister Najib Razak.

The ST report named only Sarawak Report Editor, Clare Rewcastle-Brown but provided a smoking gun for Najib’s Government to allege that The Edge was seeking to bring down a democratically elected government by publishing a series of allegedly fake articles on 1MDB that were based on documents received from Justo. The Edge was suspended from publication though the suspension was later reversed.

Ho Kay Tat, the CEO of The Edge, points out how remarkable it was that the ST was granted exclusive access to Justo when even the Malaysian police were not allowed to see him. The ST story was carried by the Government’s newspapers and television stations in Malaysia.

After Najib was ousted in the 9 May election, Justo (who subsequently received a Thai royal pardon in December 2016), has travelled to Malaysia to meet Mahathir and presumably spill the beans. He told The Edge that while he was jailed in Bangkok, pressure was put on him by his former employer and a private detective pretending to be from Scotland Yard to give an interview to the ST. He was allegedly handed a sheet with the answers he was supposed to give.

Later, in April 2016, Justo filed suit against The Edge’s owners in a Singapore court demanding the return of two data storage drives he had passed to them on the grounds that he never received payment. The ST published three articles on the suit at the time but failed to report that it was subsequently thrown out by the Singapore courts.

So why was the ST getting involved on behalf of Najib to discredit his opponents? It can hardly have been without LHL’s knowledge and approval. Since LKY passed the Newspaper and Printing Presses Act in 1974, the State Times and indeed all of Singapore’s media are effectively run as propaganda operations by the secret police, or ISD (Internal Security Department). Most of the editors have come from there including our last president-but-one, S R Nathan, who moved seamlessly from Head of the ISD to become CEO of SPH.  I remember my father asking in Parliament what qualifications Nathan had to be made head of SPH since his previous experience was working for the Kenpeitai during the Japanese Occupation and for the ISD subsequently.

It is difficult to believe that the PAP Government was not aware at the time of events at !MDB as most of the money diverted to Jho Low and others passed through Singapore. While Singapore has been in the lead in prosecuting some of the minor figures involved in laundering of the money, it did not start to do so until after the US Department of Justice in July 2016 started to seize assets that it said were misappropriated from 1MDB and laundered through the US banking system by senior 1MDB officials, including Malaysian Official 1 (not identified but almost certainly Najib).

One can only suspect that Singapore and LHL, for whatever reasons, preferred a corrupt Government headed by Najib in Malaysia to the Opposition taking power. Perhaps LHL was just keen to prop up a fellow autocrat who would then be beholden to Singapore for help and more likely to make concessions over trade and other issues like water. Maybe he feared a change in Government might give fresh hope to Singapore’s almost extinct Opposition and allow Singaporeans to get dangerous ideas such as that a change of government would make people better off. Or maybe he was worried that revelations about 1MDB might uncover more Singaporean connections, perhaps even wrongdoing at our sovereign wealth funds which are so tightly controlled by himself and his wife. We can be sure that Mahathir and Anwar Ibrahim will investigate this thoroughly now and will not hesitate to call out any Singapore connections.

Whatever the motivation, it shows up the utter hypocrisy of Shanmugam’s invective against foreigners interfering in our domestic affairs during the hearings by the Select Committee on Deliberate Online Falsehoods and in particular of the connection between P J Thum and Soros’s Open Societies Foundation. In those exchanges, which were backed up in our state media by references to Soros’s vast wealth and how much he had given to organisations like Human Rights Watch,  it was clear that what angered the PAP Government most was the idea that someone with deep pockets might be prepared to go up against them as they are used to being able to easily bankrupt and deprive of their livelihoods anyone who opposes them.

In April 2017 Shanmugam gave an interview to one of the PAP’s media poodles, Today, where he said “Simply as a matter of common sense, if a country thinks that the outcome of another country can be influenced to its interest, why would it not do so?”. With the benefit of hindsight we can now see he was speaking from experience of being on the giving rather than the receiving end of such interference.