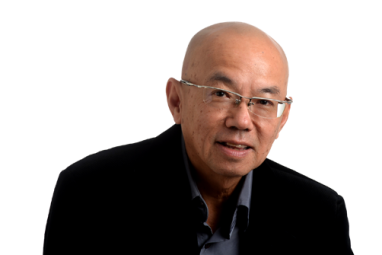 A couple of days ago the State Times published an article by Han Fook Kwang titled “Time to introduce a wealth tax in Singapore?“.  Han was formerly the Political Editor of the State Times so he probably has an ISD background specialising in propaganda. These days his title is Editor-At-Large, meaning that he is a roving apologist for the PAP, like Undereducated-Idiot-At-Large, Bilahari Kausikan, or Ambassador-At-Large Chan Heng Chee. He produced, along with Warren Fernandez and Sumiko Tan, LKY: The Man and His Ideas, which should have been a very slim volume indeed but like Singapore’s fake GDP was puffed up to grandiosity.

In his article Han asks the rhetorical question, why does the Government need to raise taxes when its coffers should be running over, and answers it in the condescending way the PAP and their minions deal with this question.  They treat Singaporeans as children who do not need a good reason so they  use platitudes like we need to save for a rainy day. As I have stated frequently this does not make sense. Here Han says that expenditures on healthcare and infrastructure are going up. Yet it was only a few years ago that Tharman, who was Finance Minister then, set aside $8 billion for the Pioneer Generation Package. On a per annum basis the extra additional spending was only a miserly $400 million. Medishield is currently in massive surplus.

The Government is also lying when it says additional revenues are needed to finance infrastructure. Tax revenues are used to finance capital expenditure on projects which should appear on the Government’s balance sheet of assets and liabilities which it is required to publish every year with the Budget statement. Instead the expenditures disappear into a black hole. A good case in point is Terminal 5 at Changi Airport which my old Cambridge classmate and second class degree holder Heng Swee Keat allocated $5 billion for in the last Budget. Current revenues help to fund the development of Changi Airport but the dividends paid by Changi Airport Group disappear, presumably into the reserves where they cannot be used.

The Government surplus is running at around $30 billion p.a. and the General Government surplus, which includes statutory boards and agencies but  probably does not include our sovereign wealth funds unless they pay dividends to MOF, is several billion dollars greater. I say probably because the PAP Government, with its usual fondness for hiding facts from its citizens, does not define what entities are or are not included.

What makes this all the more ludicrous is that future generations will undoubtedly be far richer than the current generation. Therefore there is absolutely no need to save as much. Tim Harford wrote an article in the FT recently (“Why I predict we will be wealthier in the future“) where he made the modest prediction that in a hundred years time we will be five times richer than we are today. He used as the basis for this forecast Keynes’ prediction in 1930 that in a century’s time we would be eight times richer, Economic Possibilities for Our Grandchildren. We will very likely not only be five times richer but new technologies will give us access to new goods and services that we can only dream of today.

Of course the PAP has never believed in the need to postpone instant gratification for its leaders who have always ensured they are paid many times what they would be able to earn in the private sector and that their wives and family members secure plum jobs in the bloated state sector. Ho Ching’s remuneration continues to be a state secret and anyone who leaks details of the hundreds of millions she has earned will face prosecution under the Official Secrets Act.

To distract attention from this milking of the state sector by the Familee and their cronies and to provide cover for utterly unnecessary and regressive tax increases the PAP has taken to mouthing Orwellian slogans about how they are promoting “inclusive growth”. Han in his role as PAP apologist talks about new taxes to address growing income inequality. This is rich when Singapore has no tax on foreign income, no capital gains taxes, no taxes on interest or dividends, no  capital gains tax and has a huge tax break for working mothers to encourage graduate, whom LKY assumed would mostly be Chinese, to have more children. A few years ago Tharman put up the top rate of income tax by a token 2% but it remains only about half the level in other developed countries including the US which also has state and local taxes. The real tax increase will be in regressive GST, to 9 or 10%, but a sop will be thrown to our socialist civil society activists in the form of a token plugging of one among the many loopholes our elites use to avoid their fair share of tax. Heng Swee Keat will then earn the kind of foolish accolades that used to be showered on Tharman as a true man of the people. Being of an acceptable skin colour, Heng will then become the next seat-warmer PM after Holy Goh while the ground is prepared for Li Hongyi to take over.

Han also deliberately misleads about the level of tax in relation to GDP to argue that Singaporeans are lightly taxed While level of tax revenue to GDP appears low at 13.9% in comparison to levels of 34% in OECD countries, including fees and other revenues raises this to nearly 16%. Given that the Singapore Government owns 79% of the land and the state sector generates up to 50% of GDP this figure of 16% grossly understates the Government’s control of economic resources. In addition, Singapore, like Ireland (which has a low tax to GDP ratio of about 23%), has a vastly inflated GDP driven by MNC tax avoidance strategies. This tax-avoidance driven economic activity is only routed through Singapore because it pays little or no tax. Once these factors are accounted for, Singapore’s true tax to private sector and normalised GDP is probably at least the OECD average.

So do not be surprised if the next Budget has a big hike in GST accompanied by a few token populist sops. You have only have yourselves to blame for allowing the PAP to treat you like children.