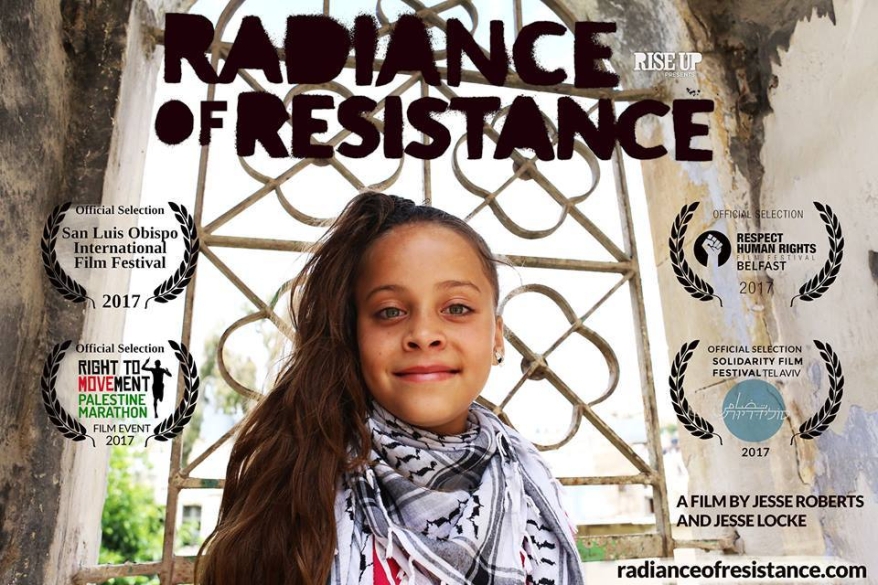 Singapore’s ban on screenings of the Palestinian film “Radiance of Resistance” has made international news. I am not really concerned with the merits of the movie which I have not seen.. The film undoubtedly exploits children for political purposes, may be one-sided and a slick piece of propaganda. The star, Ahed Tamimi has met the Turkish President, Erdogan, who does not see any hypocrisy in supporting the Palestinians while refusing to allow any autonomy for the Kurds. However these are not reasons for banning it. I reproduce Media Development Authority’s ruling below (reproduced from an article in Variety):

The film explores the Palestine-Israeli conflict through the eyes of the two young protagonists, without counterbalance. The documentary focuses on the Tamimi family, and two young girls, who are presented as the new faces of Palestinian resistance. In holding up the girls as role models to be emulated in an ongoing conflict, the film incites activists to continue their resistance against the alleged oppressors. The skewed narrative of the film is inflammatory and has the potential to cause disharmony amongst the different races and religions in Singapore. The film is therefore not allowed for all ratings. This is in accordance with the Classification Guidelines which states, ‘films that create misunderstanding or disharmony amongst the races’ will not be allowed for all ratings.”

Perhaps MDA is worried that it may show Singaporeans that the PAP is a paper tiger resting on the sheeplike behaviour of the masses and encourage more activists to follow the examples of Jolovan Wham or Seelan Palay or the brave demonstrators in Hong Kong like Joshua Wong who have challenged the Chinese government and incurred its wrath. I am at a loss to understand how it could create disharmony or misunderstanding between the races. Chinese Singaporeans are not an occupying army. We do know that the PAP do not want their version of history to be challenged.

This includes a fake assertion of meritocracy to mask institutional racism towards minorities, and a self-perpetuating elite who justify their rule by the Calvinist tautology that since they are in charge this must be because of their innate superiority. As LKY said during the era of the graduate mothers policy in the 1980s, relying on an unscientific interpretation of Darwin, there is no point in spending too much on educating the bottom 75% as the top people have already risen to the top after decades of universal schooling. Of course LKY was using this to send a dog whistle message about racial inferiority as in his hierarchy of races derived from reading Toynbee Malays were at the bottom with Indians above them and Chinese and orang puteh at the top. However anyone who draws too much attention to this will be singled out for prosecution as Leslie Chew found to his cost when he spent several weeks in jail facing possible sedition charges after he published a cartoon drawing attention to unequal treatment in a humorous way.

Singaporeans must not be allowed to think for themselves in case they do get strange ideas about the possibility of changing the system. MDA also banned Lyn Lee’s film “To Singapore With Love”, about Singaporean dissidents forced into exile. They also refused to allow a film, “The Venerable W”  by Barbet Schroeder, a well known Hollywood director, about the Myanmar Buddhist monk, Ashin Wirathu, who is responsible for stirring up much of the anti-Muslim rhetoric directed at the Rohingya whom he calls a Saudi-backed conspiracy aimed at infiltrating and taking over Burma, a view that Aung San Suu Kyi endorses.

MDA also famously banned a film made about my father, “A Vision of Persistence“, which showed him reduced to selling his books on street corners after LKY and the PAP finally succeeded in bankrupting him in 2001.  The film was supposed to be shown at the Singapore International Film Festival but MDA forced the film-makers to hand over all the copies to be destroyed under threat of being charged in court. One of the film-makers, Mirabelle Ang, left Singapore and now lives in LA and works at the film school at UCLA.

The ridiculousness of MDA’s censorship is shown by the fact that even Israel did not ban the Palestinian film. A friend of mine informed me that it was shown at a human rights film festival in Tel Aviv last year.

Singaporeans are not children. They can make up their own minds. When will they stop allowing the Government to decide what they can and cannot see?