(updated version to edit some errors over the technicalities of Mr Chew’s detention in the first version.  I regret any confusion caused)

I want to explain why I have changed my profile picture on Facebook and put up the thumbnail you see above.

Yesterday I changed the profile picture for my  “Kenneth Jeyaretnam TeamRP ” Facebook profile to one of the cartoons that got Leslie Chew arrested and investigated for sedition in 2013. Leslie Chew draws and produces “Demon-cratic”.  He was arrested and detained in lockup for 46 hours. After lockup they made him report for bail multiple times over the next 3 months, whilst detaining his passport. This effectively put him under island arrest as he was unable to return to his home in JB, Malaysia. After that period he was released and was not charged. However contempt of court charges were then filed in court

The only response to  an attack on cartoonists is more cartoons. Luckily I had a screen grab of the offending article and so I have put it back up on my Facebook profile.

I argued in my blog post (“Singapore: No Bullet was Fired in the Harming of Our Cartoonist”) two days ago that authoritarian governments like Singapore were only different in degree of violence from the terrorists who killed the cartoonists at Charlie Hebdo. The Lee family and the PAP do not need to resort to crude tactics like murder in order to intimidate the Singaporean people and prevent them asking awkward questions.

When a blogger, a cartoonist,  a comedian, a social media commentator, is taken in for questioning in Singapore the suspect article or picture is removed by everyone who had previously shared it so quickly the resultant vacuum could physically suck you in. It is removed at the first hint before any charges are laid or the article is proven to be defamatory or seditious (not that anyone is sure what sedition is.)  The mere fear that it might be is enough to get the whole country hitting the delete button.

Is this self censorship? No, it’s self-preservation – borne out of fear. If your father is a violent man who frequently hits you over the head, you learn to keep quiet, your head bowed, you hunch down. Not out of deference to your father or respect or for the sake of the family’s income but because you don’t want your head caved in.

So it is with the Lee family and their minions. We don’t behave because we have agreed a pact of obedience in return for a high standard of living which is what the West believes. We  keep quiet because we don’t want to end up denied a place at a school or a university or employment, be audited, be sued into bankruptcy, be detained with no charge or even be jailed.

I saw this happen over an article I wrote here on my blog about the whereabouts of our national reserves. Ironically the blog article itself went missing!  The then editor of The Online Citizen Kumaran Pillai had initially reproduced my article on TOC but soon after I was alerted by a friend to the fact that it had disappeared. I called up Pillai who told me what I thought was an extraordinary story – that Temasek’s lawyer had called an editor at TOC and requested that it be taken down.

Naturally I was very angry. No charges had been laid. I hadn’t been arrested. No-one had contacted me the author and so I had been denied the opportunity to defend my piece.  And although TOC killed it, the very same article remained published in full public view on my blog here although as described everyone else deleted it faster than you could say Lee dynasty.

Pillai had no doubt behaved with a  lack of decency and courtesy by pulling it without letting me know and was also in breach of the rather generous copyright permission that I allow for reproduction of my articles.  I also thought he made up the wild story about the Prime Minister’s wife’s lawyers.  However a few months later news broke that Remy Choo, one of the founders of TOC, did indeed make his ear available to the Law (or lack thereof) Minister, Shanmugam, having dinner with him and meeting him – so Pillai’s mad tale began to seem credible. (Shanmugam had himself recently sued a blogger Alex Au over comments about Shanmugam’s divorce)

Pillai then changed tack and used social media to smear and defame me saying that my article was defamatory but was not actually able to say where or why. He was just trying to save his own skin by then.  In return I said that if it was defamatory then I would surely be sued for defamation. I never have been. So, my version of the reserves story remains unchallenged even if covered with a cloak of invisibility.

This is how clever authoritarian repression works. Not by a masked jihadist with a machine gun but by greased wheels and oiled whispers and a media blackout through exercised control.

So I have taken Leslie Chew’s cartoon out of my archives and republished it. Here and on Facebook. On Facebook  it has attracted some debate and discussion but nothing overly offensive or racist.  Now, it stands to reason that if I am not arrested for sedition as Leslie was for that cartoon, then Leslie Chew was unreasonably harassed by an authoritarian government and leading family bent on repressing dissent, plurality of opinion and freedom of expression.

Singapore is a tiny red dot on the world map and fortunately we see very little terror related violence. For that reason I think that Je Suis Leslie Chew is a more fitting tribute from us and I have changed my thumbnail picture accordingly. Please do adopt it or share it if you would like to stand up against repression.The French are standing against armed murderers. You are only being asked to stand up against some ultimately toothless,bullying bureaucrats.

Finally if you’d like to know where our reserves are please read here.

This is the cartoon Leslie was arrested for. 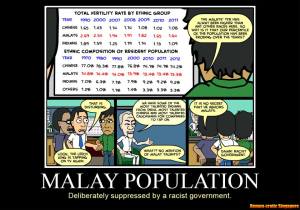