When Will Heng Swee Keat and Lee Hsien Loong Be Prosecuted for Wounding My Racial Feelings ? 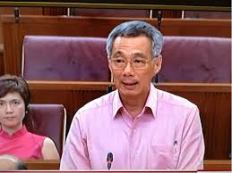 Today a man, “Sirajudeen Abdul Majeed, 52, was given two weeks’ jail and fined S$7,000 on Monday (Feb 8) for two charges of knowingly promoting feelings of ill will between racial groups and uttering words to wound racial feelings.“

According to the report he shared an image in the PSP (presumably Progress Singapore Party?)  MM (Marymount?) Ground Group on WhatsApp that he had received purporting to show information on the racial profile of voters in the SMC. He added the comments

“…it seems the PAP wants to make the Malay community a sub-minority. But the Malays were the original residents of Singapore. By adding more new China, Indian, Filipino (and) others to just dilute the original race of Malay?“

But the prosecution made no effort to refute what he said, merely stating that Lee Hsien Loong’s Elections Department “did not publish the breakdown of electors by racial groups”

We do know however that the Elections Department uses “race”, a meaningless concept with archaic and arcane classifications (my NRIC describes me as Ceylonese), increasingly irrelevant in Singapore where intermarriage is becoming the norm, as one of its criteria in diligently gerrymandering constituencies on its boss’s orders to ensure LHL keeps nearly 90% of the seats in Parliament with only 60% of the votes. It was the basis of the HDB Ethnic Integration Policy deliberately designed to prevent minorities in any estate from exceeding their share of the total population.  Neither does the ICA provide any breakdown of new citizens and PRs by race. If the Government refuses to provide any information, how does anyone know that it is false?

It is actually true that the Malay share in the population has been going down. In 1965 Malays were 14.6% of the resident population (source Statistics Singapore). By 2020 that proportion had fallen to 13.5% of the resident population. If we look at the Malay share of the total population (since new PRs and citizens will most likely be drawn from the pool of foreign workers) then the Malay share has fallen from 14.6% in 1965 to 9.6% in 2020. Admittedly this is incomplete since the Government does not provide a breakdown of the ethnic composition of foreign workers. However the fall is the more striking in view of the fact that the Malay Total Fertility Rate (number of children born per woman in her lifetime) was 1.85 in 2018 while the Chinese TFR was 0.98. The Malay TFR has been consistently higher by a large amount than the Chinese since the independence, ranging from a high of 2.69 in 1990 to a low of 1.64 in 2011.

Yet far from growing, the Malay share of the resident population has fallen while as a proportion of the total population it has fallen even more precipitously. Lee Kuan Yew openly endorsed this policy when he both accused Malays of being disloyal and less intelligent than the Chinese and also stated that without a large Chinese majority Singapore would become a basket case.

“I have said this on many a previous occasion: that had the mix in Singapore been different, had it been 75% Indians, 15% Malays and the rest Chinese, it would not have worked.

“Because they believe in the politics of contention, of opposition. But because the culture was such that the populace sought a practical way out of their difficulties, therefore it has worked.”

And in his 1998 work The Man and His Ideas, Mr Lee echoed this sentiment. He said: “I have said openly that if we were 100 per cent Chinese, we would do better. But we are not and never will be, so we live with what we have.”

This is clearly an offence under Section 298 of the Penal Code o wounding racial feelings which was used to prosecute Mr Majeed. Yet LKY’s racist rants, instead of being prosecuted, were treated as pearls of wisdom from a great statesman by Western leaders like Thatcher and even Obama.

Similarly PAP MP Choo Wee Khiang who said in 1982 “One evening, I drove to Little India and it was pitch dark but not because there was no light, but because there were too many Indians around.” More recently, at the time of the Little India riots in 2011, Denise Phua described Indian migrant workers as “ticking time bombs.”

This racism continues in the pronouncements by Heng Swee Keat and LHL that Singapore is not ready for an Indian PM. for which they have not revealed any basis other than their own prejudice and desire to keep control in their own family and group. Their words are reminiscent of the kind of language used decades ago by Western employers to explain why they could not hire black or Asian people for front-line roles. LHL and Heng have wounded my racial feelings, in common with all minority Singaporeans, by saying that I am a second class citizen even though I have done NS and paid taxes.  Both of them should also be jailed and fined if Majeed is jailed. Yet when police reports were made about Heng’s comments in 2019 the police just declined to prosecute, saying that the statements did not disclose any offence.

The PM cannot hope to silence criticism of his own racist policies by jailing and destroying the lives of those who draw attention to them. The fact that there is unequal treatment under the law depending on whether you are a member of the ruling family and a Government Minister or a member of the public is a clear violation of Article 12 of the Constitution and a demonstration yet again that there is no rule of law in Singapore.