The AG Should Produce Statistics Rather Than Issue Threats 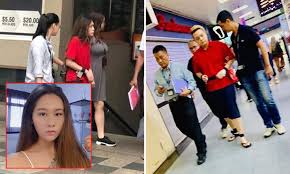 Last Friday the Attorney General’s Chambers (AG) issued a statement saying that claims that preferential treatment had been given to members of the group who killed a man at an Orchard Towers nightclub were “baseless” and directed the police to investigate those responsible for the social media posts as being “potentially in contempt of court” saying “Allegations of preferential treatment for different races are baseless and have the potential to disrupt racial harmony in Singapore”.

This mixture of bluster and intimidation by the AG is unconvincing as is the explanatory statement issued on Monday which purports to explain why only one out of the seven involved in the murder has been charged with murder while the rest have been let off with what amounts to a slap on the wrist. This seems particularly egregious in the case of the three who were involved in the attack on the victim. The AG says that the man accused of murder ” had at one point placed the murder weapon, a karambit knife, “on the table which was seen by various members of the group.” The statement says they “did not know that Tan would use a weapon during the fight”. The karambit knife is an ancient weapon of Indonesian, or more precisely Sundanese, origin. I know nothing about combat knives but there are a number of websites (see here and here) which extol its qualities as a lethal weapon.

The AG’s statement does not explain why the group got into a fight with the victim and seems deliberately vague. It says “the deceased confronted them“. This seems unconvincing since one person could not be seen as a threat to seven people, one of whom was carrying a lethal weapon. The statement also says the altercation “lasted less than one minute.” It is almost as though the AG is doing the job of the defence counsel. While the AG warns the public against committing contempt of court, it actually seems to be predetermining what should be left to the judge. I am not a lawyer but there would seem to be at least a triable case that the group committed an offence under Article 308A of the Penal Code:

(2)  A person who is guilty of an offence under subsection (1) shall be punished with imprisonment for life or imprisonment for a term which may extend to 20 years, and shall also be liable to caning.

It would appear that the other defendants were astonishingly lucky to get off with such light penalties, particularly the ones who were involved in fighting. They knew about the weapon, they must have seen the knife being wielded and by also attacking the victim they must have made it more difficult for him to escape from being slashed to death.

It may only be coincidental that the group were all from the majority race and that the murder victim was Indian, maybe a foreign national. The AG is silent on whether there was a racist motive to the killing which has been brushed under the carpet with a complete lack of explanation as to how the fight started.

However there are many other examples where  the PAP Government has passed legislation that has had such a disproportionate application to minority communities. Also the AG, which is supposed to be non-political but is in practice controlled by the Government, and the courts have applied the law in ways that seem to treat minority defendants more harshly than those from the majority race.

One recent example is the case of a man who killed his son-in-law (who appears to have been Indian) in a premeditated murder (as the victim lay dying he stood over his victim and prevented passersby from helping him). He only received 8.5 years jail because he was supposedly suffering from a “major depressive disorder“. This contrasts with the mandatory death sentence for anyone caught in possession of more than small amounts of drugs and therefore deemed to be trafficking. It seems unjust and inequitable that someone trafficking in drugs receives a mandatory death sentence, whatever the circumstances, whereas someone committing premeditated murder gets only a few years in jail. The Government provides no statistics on the ethnic composition of death row inmates but most of those executed in the recent past have been ethnic minorities or foreign nationals from Malaysia, Indonesia and Nigeria. Lawyers like M. Ravi, who does many of the pro bono appeals, have stated publicly that 90% of inmates are minority race.

There have also been cases where the AG has withheld evidence from minority defendants who have been sentenced to death, most notoriously in the case of the Malay men who were only saved by JBJ’s dogged persistence, so well documented in Lee’s Law by Chris Lydgate.

There also seems to be a disproportionate treatment of sexual offenders even though again the Government refuses to provide any statistics. I have previously drawn attention to the case of a 63 year old gynaecologist who was only sentenced to ten months in jail after having sex with a 14 year old on three occasions, an astonishingly light sentence compared to what he would receive in most developed countries. Not surprisingly he claimed “depression” as a mitigating factor. Then there was the case of the US martial arts instructor, Joshua Robinson, who only received four years for having sex with two 15 year olds. By way of contrast an Indian minimart worker was sentenced to 13 years jail for sexual assault, though not sex, with a 12 year old minor.

The AG insists that justice is colour-blind in Singapore but if the Government has nothing to hide then Law Minister Shanmugam should provide statistics to show that it is. The Government insists that all Singaporeans be identified by race on our NRICs so it cannot claim that it does not have the data. It may be that race is just a proxy for income levels (minorities are likely to have lower median incomes than the majority though again the Government fails to provide statistics that might embarrass it) and that justice in Singapore is relatively colour-blind but a more lenient view is taken of those with the potential to excel in life, as shown by Justice Kaur’s sentencing of an NUS student to probation for molesting a woman on the MRT. As with other controversial subjects such as the size of the reserves and the PM’s wife’s civil servant salary, the statistics regarding sentencing and the ethnic make-up of the prison population and death row inmates are kept secret, presumably only because they might cause embarrassment to the Government. In the US there has been a huge outcry over racial unfairness in the treatment of African Americans in the criminal justice system. A large part of this is over the harshness of sentences for drug offences and in particular for crack cocaine, which historically was used more by black Americans than white. By failing to provide detailed statistics the AG and the Law Minister are the main culprits in creating  the conditions which “have the potential to disrupt racial harmony in Singapore.” Why are they so reluctant?