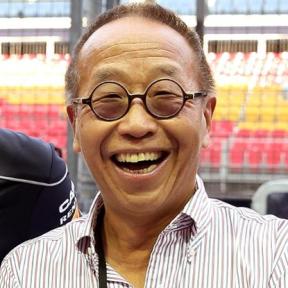 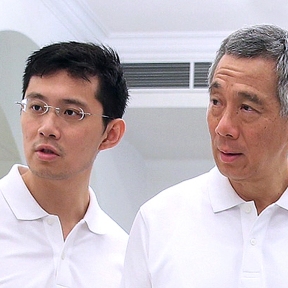 Prime Minister Lee Hsien Loong with his son Li Hongyi. Hongyi is now deputy director of the Government Digital Services Data Science Division of the Goverment Technology Agency of Singapore, a statutory board under the Prime Minister’s office.

On Wednesday the GM of Ang Mo Kio Town Council,  Victor Wong Chee Meng, was charged with 55 counts of corruption involving $107,000 according to state media.  He “is accused of accepting bribes from the director and shareholder of two building and construction firms, Chia Sin Lan, in exchange for “advancing the business interests” of Chia’s companies.”

Among the salacious details are allegations that Chia spent $49,377 entertaining Wong at KTV lounges and $1,070 for a “Geylang spa treatment”. I guess $50,000 buys you a lot of time practising for a second career as a singer now that Wong will presumably no longer be able to work in the financial field.

Obviously Lee Hsien Loong cannot evade responsibility for what happens in his Town Council. How can he be trusted to run the finances of our country if he allowed blatant corruption to flourish in his own backyard? Since presumably he appointed the GM of AMKTC this raises serious questions about other appointments made by him, including that of his wife to run Temasek on a remuneration package that is a state secret but is likely to have resulted in payouts of billions of dollars over the years she has been in charge. I have already demanded answers concerning the accounts and spending of the National Productivity Fund, which is under the control of the Prime Minister’s Office and has received injections of billions of dollars from the Budget. No accounts appear to have been published, the Auditor-General does not appear to have audited it and the Fund has disappeared completely from the Statement of Assets and Liabilities. Everyone knows that the PM and his family are incorruptible so I am sure that there is an innocent explanation for why billions of dollars should go missing.

However I was struck by two items in particular in Wong’s indictment.  Firstly according to state media, Chia “gave Wong’s daughter-in-law a job at 4-Ever Engineering. Ms Le Thi Hien worked at the firm from March to August 2016, earning S$8,248.”

Did Lee Hongyi not get a job at Google? Even if LHL claims that this was an exchange programme between the Administrative Service and Google (proof that Google saw commercial benefit from the arrangement) what were the criteria used and why was Li Hongyi chosen? Presumably his experience at Google is worth a bit more than the $8,000 earned by Wong’s daughter?

Secondly I note that Chia is also charged  with “conspiring with car salesman Yip Fong Yin to give Wong a S$13,500 discount on the price of a Toyota Corolla Altis.”

Have we such short memories that we have forgotten that LHL and his wife, as well as his dad, brother, sister and other members of the Familee, all received discounts from Hotel Properties Limited and its controlling shareholder, Ong Beng Seng, when they bought apartments in what the Nassim Jade development?  These discounts were not available to the general public. As one of the billionaire Asian godfathers discussed in Joe Studwell’s eponymous book, Ong knew well the importance of maintaining the symbiotic relationship between his family and the Lees. When the Government owns 80% of the land, as a major property developer you do not want to get on the wrong side of the URA. LHL later claimed he was not aware he had been given a special discount so presumably Chia and Wong can argue that they thought the discount on a new Toyota was available to everyone.

Of course our state media, whose journalists both LKY used to summon for a dressing down when they displeased him and whose editors and top management often come directly from ISD, have not even mentioned the connection between this case and the PM or the similarity between what LHL has got away with and the charges in this case. Neither will Wong’s lawyer because Singapore advocates know that speaking the truth can be very damaging to your earning power. They have my father’s experiences to remind them. As Oscar Wilde said, hypocrisy is the tribute vice pays to virtue.