Singapore Government Bullies The Economist But Fails To Refute. 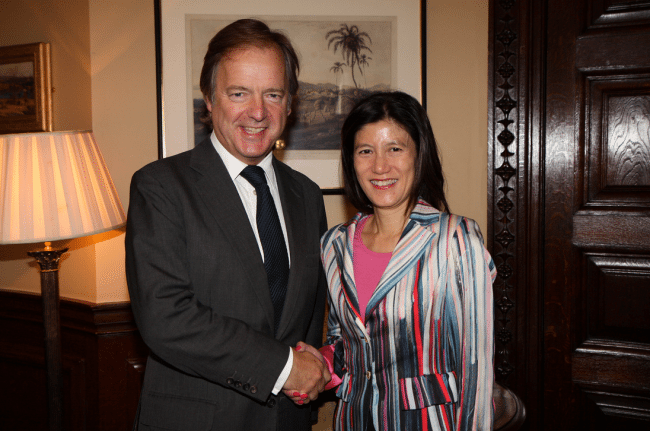 Following a familiar pattern, the Singapore High Commissioner to the UK has responded to The Economist’s article on the US immigration judge’s ruling in favour of Amos Yee’s asylum bid.

Belmont Lay writes about it here and says that The Economist “printed her letter in full” as though her letter carried weight or had especially convincing arguments.

The fact is that her letter could have been  27 pages of Pig Latin and The Economist would have printed it in full. Why? Well, what Lay fails to mention is that The Economist, like all foreign publications sold in Singapore , is required to publish in full any letter from one of these very highly paid mercenaries for the PAP, including arch nincompoop Bilahari Kausikan. If they do not, the Singapore Government has the power to restrict their circulation in Singapore.

This is why sometimes in the past the whole letters page, not only of The Economist but also of the Wall Street Journal and other publications, has been filled up with tedious letters from PAP representatives containing the same propaganda and so-called rebuttal that Singaporeans have to read every day in the state media. An American reader, fortunate not to live in an authoritarian state, once wrote in to complain that she had paid good money to read The Economist and objected to the Letters Page being taken up with garbage from a repressive regime. The Economist wasted more paper and ink explaining the distribution agreement to her.

Singaporeans reading the High Commissioner’s letter might be under the mistaken impression that Ms Foo has refuted The Economist and Justice Cole’s judgement. They might think that these arguments were not heard at the hearing and that they are being presented for the first time. The PAP Government wants you to think that the hearing was one-sided and that the US tolerates hate speech or has a lower of standard than Singapore. However Ms Foo was not at the hearing.  Neither was Sunil Sudheesan from the Association of Criminal Lawyers, who has not replied to my open letter, nor Shanmugam, whose ministry put out the same arguments that Ms Foo has tediously rehashed, and nor Gopalan Nair, who shot himself in the foot  by asking Amos for money and who is now performing contortions to support the PAP Government’s position.

I was at the hearing and you can read my post on the judgement here. Counsel from the US Department of Homeland Security opposed Amos’s application for asylum and argued strongly that Amos had been fairly prosecuted and convicted for posts offending religion and for obscenity. They cross-examined me aggressively to agree that Amos’s posts were offensive. The judge heard all those arguments and came back with a 13 page judgement which, as The Economist pointed out, was unusual in that most judgements in asylum cases are not written. The judge found that it did not matter that Amos had been validly convicted in a Singaporean court of law. As he said:

this is the modus operandi for the Singapore regime-critics of the government are silenced by civil suit for defamation or criminal prosecutions.

So though Yee’s prosecutions may have been legal under Singapore law, they clearly served a “nefarious purpose”, namely to silence political dissent.

Ms Foo has not produced one shred of new evidence to refute the judge’s finding that opponents of the government are silenced through the use of the law. Instead she just rehashes the old argument that Amos was validly convicted for hate speech, an argument that Justice Cole demolished so effectively in his judgement.

Foo also says that “Singapore’s laws on contempt do not prevent fair criticisms of court judgments, as the article itself demonstrates“. However in this as in everything else she is being disingenuous. If the Government is not trying to intimidate Singaporeans from criticising the judiciary why did it feel it necessary to strengthen the already severe restrictions on freedom to criticise the judiciary by bringing in the Administration of Justice (Protection) Bill in 2016? This strengthens the sanctions for contempt of court that were already available to the courts through the Supreme Court of Judicature Act, the State Courts Act and the Criminal Procedure Code and creates a specific offence of scandalising the judiciary.  By contrast the UK abolished the offence of  ‘scandalising the judiciary’ in 2013

While Ms Foo says that fair criticisms of the court judgements are allowed, most Singaporeans through experience have learned, in this as in everything else, that self-censorship is the wisest strategy. Even before the new Act was passed, there were already several high-profile prosecutions for contempt including Alan Shadrake and Alex Au. Alan Shadrake was jailed for saying that rich Singaporeans and white foreigners had been treated more leniently in drug cases carrying the mandatory death penalty than those from poor countries which would seem to be within the ambit of fair criticism.
I have also always said that sub judice is a nonsense in a country without jury trials and that makes sub judice  a political tool or a tool for repression. Justice Cole cited the Administration of Justice (Protection) Bill in his judgement and said that “outcomes in civil suits ultimately raise questions about judicial independence, particularly because lawsuits against government opponents often drive them into bankruptcy”. No doubt Justice Cole could be prosecuted under the Administration of Justice (Protection) Bill if he was foolish enough to visit Singapore.
Ms Foo is trying to pull the wool over our eyes and those of The Economist’s readers but in the lazy manner typical of these overpaid PAP bureaucrats has done nothing more than cut and paste from the Ministry of Home Affairs press release.  The state media call it a “rebuttal” which means to discredit an argument or to produce a counter argument but it is not even that.   She is definitely not refuting Justice Coles. To refute him she would need to provide evidence that disproves what he has written about our Government, our courts and our judiciary.
She provides no evidence. She only harks on about hate speech, something that was already dismissed by the judge with the words “8%”. Justice Coles on the other hand completely refutes our government’s argument that Yee was punished to protect racial harmony and because Singapore has a low tolerance. He looked at much evidence over several weeks and he points out that when PAP figures, not least LKY himself, engage in racial hate speech our tolerance seems to be fine. So you see the Singapore diplomat, the head of the Singapore criminal lawyers association and Shanmugan at the MHA have not been able to refute Judge Coles only to rebut like broken propaganda broadcasts.
None of the above offer any evidence that proves Judge Cole wrong. Because there is no evidence.   The central argument in Justice Cole’s judgement that Singapore is an authoritarian one-party state where Lee Hsien Loong exercises absolute control over Parliament and the media and uses civil suits and criminal prosecutions to silence his opponents in exactly the same way as his father did, is the truth. And we all know it.
Singaporeans, so long accustomed to double speak, Government propaganda and the perceived need to self-censor can finally see what an objective observer who has nothing to gain really thinks of the Singapore regime.