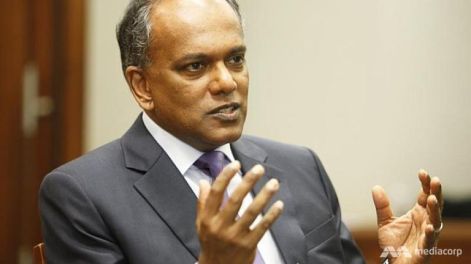 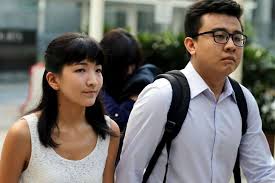 So Shanmugam said in Parliament last week that the Government is looking at new laws to deal with the problem of “fake news”. It is difficult to understand why new laws are necessary since the Government had little trouble using the archaic and repressive Sedition Act to close down The Real Singapore and prosecute and jail its founders, including a pregnant woman.

For those who might not be familiar with the history, the Sedition Act was introduced by the British in 1948 during the Communist Emergency, when Singapore was part of Malaya, to control dissent but has stayed on in both Singapore and Malaysia as a useful tool, along with civil suits for defamation, to use against dissent and political opponents. After many years when it had gathered dust on the statute book, the offence of sedition was finally abolished in the UK in 2009.

Shanmugam also cited The States Times Review, which he said, “claimed a near-zero turnout for former president SR Nathan’s funeral, and that kindergarten kids were forced to attend, in an attempt to paint him as an unpopular president“.  He also mentions fake reports of building collapses by All Singapore Stuff, which he said led to the police and emergency services wasting time and resources responding to a non-existent emergency.

In the case of fake reports of emergencies it is not  clear why the emergency services were taken in. Do we assume that the police and the fire service find out what is happening in Singapore by reading fringe news sites and  third-rate content aggregators like All Singapore Stuff? If so that is a shocking admission that even civil servants do not trust the Government media. Whatever the reasons for the emergency services responding to a fake emergency, the people responsible can surely be prosecuted under existing legislation for hoaxes and there is no need for new laws.

In the case of The States Times Review, why is the Government so worried about a small fringe site? It controls all the local broadcast and print media so as to ensure that only favourable reports about the Government and its policies are printed. In the case of the disputed turnout for ex-President Nathan’s funeral surely all it has to do is publish a photo of the turnout to rebut them. However perhaps it is embarrassed as, while kindergarten kids may not have been made to attend Nathan’s funeral, we do know that they were told to bow to a picture of Lee Kuan Yew during his mourning period.

Like most totalitarian regimes, including the Soviet Union and China, the PAP Government is a master of fake news, using its media control to ensure that its own, false, version of history is presented. This is one in which Singapore was one of the world’s poorest countries and a mangrove swamp until Lee Kuan Yew seized power.  The truth is of course that Singapore was already highly developed by the 1920s and at the time of independence had a lower infant mortality rate than many rich countries.

The Government makes sure that unfavourable statistics are not published while it manipulates others to ensure they present a falsely flattering picture of its achievements. A continuous barrage of propaganda from the State media is designed to ensure that Singaporeans believe that other advanced countries are doing much worse than they are and that our own relative living standards are much higher than they really are. Democracies like the US are portrayed as grinding to a halt because of gridlock in contrast to efficient authoritarian rule in Singapore which gets things done.

An example of  the way in which unfavourable statistics are suppressed when they do not suit the Government narrative is the way UBS quietly dropped Singapore from its annual survey of purchasing power in major cities around the world after its 2011 survey was criticised in Parliament for showing Singaporeans to have about the same level of real purchasing power as workers in Kuala  Lumpur or Moscow. Clearly the attractions of doing business in a banking secrecy and tax haven were too great to allow little things like inconvenient truths to get in the way. The same is true for most foreign media which presents a fulsome picture of Singapore because it has a vested interest in doing so, either because they are using Singapore as a business hub, like the BBC, on presumably favourable terms, or because their principal advertisers are.

Similarly every year Singaporeans are presented with a fake Budget which gives a false and misleading impression of the Government’s finances and in particular of its ability to spend more on the people without needing to raise taxes. The State media’s job is to ensure that Singaporeans accept and do not question this sham presentation, which I have characterised as smoke and mirrors.

While Shanmugam complains about lies about the turnout for Nathan’s funeral, he of course omits to mention that State media mouthpiece The Straits Times published similar lies about the turnout for my father’s funeral in 2008. The journalist, a transplant from the Internal Security Department like Nathan himself,  claimed that only a few hundred Opposition supporters attended JBJ’s funeral at St Andrew’s Cathedral, whereas the truth was that the crowd was at least several thousand strong.  Of course nobody from the Government was there to take The Straits Times to task for what was in effect a piece of state-orchestrated fake news.

There are countless more examples of fake news reports and outright lies in the state media that spring to mind, including many from my own personal experience, where the State media have printed false reports but then refused to correct them or quietly edited the report without apologising.

If Shanmugam was really serious about combating the scourge of fake news he would announce an independent Press Complaints Commission to which individuals who had suffered as a a result of false or biased coverage could complain and which would have the power to force the media to apologise and pay compensation.  He would also abolish the Newspapers and Printing Presses Act and the Broadcasting Act to allow a free competitive media to develop. But of course he is not going to do that. His definition of “fake news” is any news or views not controlled by the Government.  He muttered darkly about “foreign countries, foreign agencies, people sitting outside of Singapore using it to either destabilise our society or… doing it to make money.” Which makes it likely that any Government review is likely to lead to further media restrictions, perhaps to a uniquely Singaporean version of the Chinese Great Firewall, and to even more self-censorship by our already timorous quasi-independent news blogs.