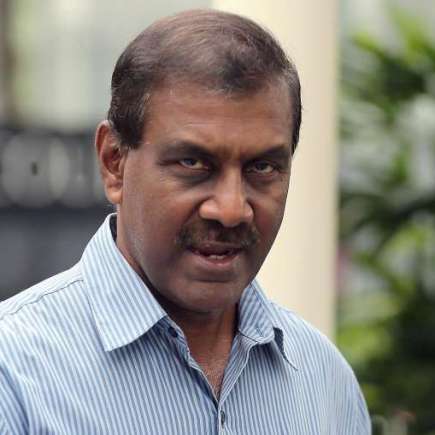 A few days ago a district court here sentenced a former director of Singapore Civil Defence Force (SCDF) to ten weeks jail for criminal breach of trust. The convicted criminal is shown in the photo on the left. (The photo on the right is of our Prime Minister’s Press Secretary.)

This case perfectly illustrates that double standards apply when it comes to the Lees.

The director’s crime was to misappropriate two iPads worth a total of S$1,877 provided to SCDF by a vendor for testing mobile applications. According to the account in Today Online he gave one iPad to his daughter and sold another to a Senior Director of SCDF for $200.

I absolutely support a ruthless clampdown on public servants who exploit their positions to gain favours for themselves or misappropriate public monies and resources for their own benefit.

That is why I demand to know why different standards appear to apply to the Prime Minister when he uses public monies and resources to benefit his private life.

The civil courts exist for individuals to seek redress for civil not criminal actions at their own cost. One such individual who recently chose this route was Mr Lee, a private individual, who chose to sue another private citizen, the blogger Roy Ngerng.

Mr Lee then acquired some negative publicity as a result of that foolish action, in particular an article in the Economist magazine irked him.

Most men at this stage would write a letter to the Editor or ask their lawyer to write one or even hire a reputation management firm to mitigate the damage.

Instead like many such men all over the world Mr Lee decided to use his firm’s secretary and resources to write that letter defending him and like all those other men crossed a line when he did so.

The twist is that Mr Lee also happens to be a civil servant and public office holder and our Prime Minister. He is an elected representative and as such his office, resources, budget, staff and his salary all belong to us, come from us and must be accountable to us  – the citizens.

There is no dispute that Mr Lee went into work and diverted State Office resources and his public servants from government work to work shoring up his personal business.

His Press Secretary wrote a letter to the Economist magazine; defending him: in her official public servant role, in official time, using state resources.

The problem is that we are all powerless to hold him to account and the Opposition in parliament is ineffectual in national matters preferring to allow themselves to be effectively diverted by the PAP into believing that they are merely estate managers.

I wrote a letter to the Press Secretary demanding answers and also published that letter on this blog on 7 July 2015 . When I didn’t get a response to my letter, the same questions were also put to the Prime Minister in a press release by the Reform Party. Needless to say they have not been answered.

Mr Lee’s salary is $2.4 million a year. If he only took two hours out of his schedule to deal with his personal lawsuit then he is guilty of a greater degree of misappropriation in monetary terms alone than the hapless Mr Jeganathan. This does not include the monetary value of his secretary’s time spent writing letters defending him or the state resources used.

Of equal concern is the sheer amount of time the case has taken up. We live in worrying times  and the head of the Nation should be at work doing the job we pay him for and not in court having to take the stand to be cross examined by a blogger. Don’t forget: the blogger apologised already.

Mr Lee took the better part of a day off work to appear in court on his personal matter. Imagine if a terrorist attack had happened while he was in court.

Look at it another way. Imagine that Mr Jeganathan was embroiled in a personal online dispute and ordered his department’s media staff to deal with his personal problems by writing letters to the Press. Then imagine that he took extensive time off during office hours to attend to his personal legal dispute and to attend court. Would he still be in his civil servant position?

Mr Jeganathan misappropriated two ipads, gave one to a family member and sold one of them.
Result: 10 weeks in jail.

Mr Lee conflated the public and personal. He damaged our reputation globally and showed complete disregard for probity, the  gravity of his position the civil servant code and even the needs of the citizens. The amount of actual State money and work hours lost to his personal  fiasco is impossible to calculate.

Result: A refusal to answer legitimate questions from a citizen and also from a legitimate political party.

Clearly Singaporeans are happy that our leaders are just like the aristocracy they claim to be : above the laws that apply to everyone else.

We are greatly concerned over the potential implications for conflict and co- mingling of resources and funding and potential for possible breach of the Ministerial Code as a result of the Prime Minister taking legal action in his personal capacity. In an effort to seek clarification, we therefore respectfully request answers to the following questions.

We look forward to a response that reassures us that there has been no such co-mingling or conversely that where co-mingling has occurred, a clear accounting of how the taxpayer will be reimbursed:

We are also concerned that by making this decision to initiate legal action in his personal capacity, in the High Court no less against an unemployed blogger with such a huge disparity between them in power, wealth, income, and influence Mr Lee Hsien Loong has risked reputational damage to the office of the Prime Minister and the image of Singapore as an emerging democracy. For the record we believe that Mr Lee Hsien Loong could have avoided any such risk implications and potential for conflict by stepping down for the duration of the case that he wished to pursue as an individual.