Kenneth do you put your money where your mouth is? 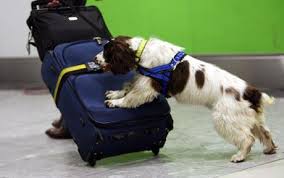 I am grateful for the following question left in my comments:

Kenneth, if Roy wishes to contest a future election under your party flag, will you accept him? Or will this “extraordinary Singaporean”, IMO a potential time bomb and a liability for any party, suddenly not be so extraordinary anymore?

As it required a thoughtful answer and more space I answer it here.

The short answer is Yes. Feel free to skip the longer rationale.

BTW this is not my Reform Party blog so I don’t answer here as a politician but as an economist. That question also requires me to speculate as Roy will no doubt get fined and banned from standing and it would depend on who he is 5-10 years from now and what he does in-between so I can’t comment on future elections.

I’m sure he will continue to be extraordinary,though. The only ticking time bomb I see is LHL himself and his wife’s continued role as head of our SWF. This kind of situation and the whole PAP set up has reached the end of its shelf life.

So all other things being equal yes, Roy in very broad strokes, would be welcome.

In reality it wouldn’t be my decision within the Party. Reform is not a fiefdom it doesn’t have Cadres and a system where only a few get to vote. It is set up as a representative democracy and decisions as to whether or not a person is approved after probation are not mine to make.

That is not to say that I don’t get annoyed that Roy makes many basic errors with statistics, methodology and even giving wrong figures. Kirsten Han dealt with this is in a news article she wrote where she explained why I support Roy even though I don’t always agree with him. He has the broad brush strokes right and the heart. I could supply the maths and the economics. Then again so many commentators do get the figures and methodology wrong. As for the PAP, as my breakdown of the budget shows, they cannot add up but that may be deliberate misdirection rather than basic incompetence. I prefer to think it is both.

Do you not realise that unaccountable governments are the ticking time bombs? Do you not understand the danger in not having an early warning system and a lack of oversight that can allow anything, including hidden losses, to fester? Can you point me to any set of figures or accounts that shows conclusively where our money is allocated within our Sovereign Wealth Funds and in what quantities? The Norwegian people can.

Certainly most recently Roy has been writing as though he has nothing to lose as he is under great pressure but after all Roy was always just asking for his elected representatives to be accountable to the people who elected them. Nothing wrong with that.

The only liability I would envisage for our Party is that we exist to form an alternative government and Roy seems rather too fond of the current government.That’s a cultural clash. I’m not convinced he is truly committed to voting all the PAP out and he may be one of the many who mistakenly believe the PAP government can be persuaded to work with them and respond to citizen pressure.

In fact your question is the hypothetical equivalent of asking me whether I would accept JBJ to contest an election under our Party flag with his criminal record and recently paid off bankruptcy. Or whether I would accept Dr Chee. Both could have been called ticking time bombs and liabilities. Both like Roy subjected to the most extreme and concerted character assassinations and smear campaigns. Something I am no stranger to either.

No offence to you but I am not sure why people persist in asking me questions such as yours as though they cannot read the writing on the box or as though they think I write and do what I do for some kind of stage effect? Do they think I sit on a fence, wait to see which way the tide is turning and then leap? Do they maybe imagine that as an economist who espouses feee market principles rather than the usual marxist/socialist ones that I must also be far right wing and authoritarian or opportunist?

I am sure I am seen as a ticking time bomb and a liability but over time we have seen how the PAP are being forced to pick up my ideas and implement them one at a time.

Those who demand accountability and point out discrepancies and conflicts of interest should not be seen as ticking time bombs. Rather they should be regarded as sniffer dogs who find the time bombs and assorted nasties that might lurk underneath the gleaming facade. In the time-honoured manner of authoritarian governments the PAP and PM Lee seek to deflect the tough questions and make the issue about the sniffer dogs rather than the lack of accountability. Unfortunately Singaporeans have been so brainwashed by fifty years of indoctrination and the systematic demolition of those who stand up to demand answers that they allow those in power to escape scrutiny by this reversal. Roy and others like him become the potential time bombs and not our whole secretive and unaccountable setup riddled as it is with serious conflicts of interest.

The basic premise of this blog is and always will be, that freedom is actually good for the economy and that liberal policies not authoritarian ones are the best way forward for a better standard of living for everyone. You can’t uncouple the freedom from the prosperity equation. People like Roy are hugely beneficial to our society’s progress and not detrimental.

I write that as a liberal and as an economist.