Suggested Lines of Inquiry for the SMRT Committee 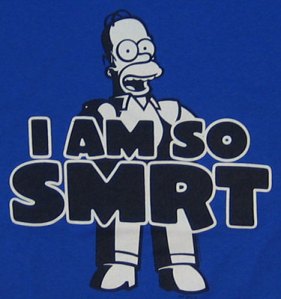 Recently the Reform Party issued a statement on the SMRT breakdown calling for a Committee of Inquiry.  I am pleased that the PM heeded our call.

However it is not clear whether the Inquiry will be chaired by someone sufficiently independent or whether it will hold its hearings in public. I will therefore reserve my applause.  Meanwhile here are my personal thoughts and proposals on the subject of a COI.

The COI should probe the reasons for Ms. Saw’s appointment in the first place.  She may be a retailing guru but she clearly is out of her depth in running a major transport network. Why is no one with a transport engineering background on the board of SMRT?

The COI should look at whether the management of retail space should be bundled with the business of running a transport network. One does not often see airlines involved in running the shopping concessions in airports.  Similarly passenger safety and maintenance of infrastructure is not a high priority for retail concessions so there is not much overlap. Has Ms. Saw been concentrating on boosting the retail side of the business while neglecting the transportation business?

One solution I can think of would be to spin-off the management of the retail space into a separate company and distribute the shares to shareholders. The economics of the remaining transport operating company would be then become clearer and whether the underlying business was viable in the first place.

The crisis has highlighted the need for either, stricter more independent regulation of SMRT and SBS Transit, as monopolistic competitors, or deregulation and the opening of the transport network to greater competition.

The COI must consider whether SMRT has skimped on maintenance, spending far less as a proportion of gross revenue than other major transport operators. Also the breakdown on 15th December highlighted the inadequate training and lack of experience of staff in dealing with a major breakdown.  More alarming is that it indicates their lack of preparedness for a major emergency such as a bomb blast.  Unbelievably emergency back-up systems failed.  Again was this due to cutbacks in spending on safety systems to boost the bottom line?

SMRT’s approach could be characterized as being like the man who jumps off a fifty story skyscraper and is heard to remark as he passes the twentieth floor on his way down, “So far so good!”   I have already highlighted the captive nature of the regulator, the Public Transport Council,  packed as it is with PAP MPs and civil servants or academics at government-funded institutions. I am not the first to do this. As long ago as 1999, JBJ was speaking in Parliament about how the PTC was packed with the “great and the good” and included few representatives of the public transport-using public.

Fourthly, and ironically in light of my call for stricter regulation, the crisis has highlighted the need for greater competition. The transport network was thrown into greater disruption because of the lack of alternatives to the MRT network. SMRT organized feeder bus services the next day but there were too few and the drivers were for the most part inadequately trained. Many did not even know what route to follow apart from a hilarious instruction that they were just to follow the train tracks. We need deregulation of the transport network so that other operators, provided they can satisfy the regulator as to deliverability and safety, can enter the market.

While it may be impractical to have two MRT operators on the same line we can certainly have independent bus operators who compete with the train operators and are not part of the same monopoly.  Hopefully they would then be able to respond much faster to the current shortfall in service on the MRT network.  More competition would also be likely to lead to greater investment and a better travel experience for commuters. Both SMRT and SBS, being monopolists, will constrain investment to maximize profits. While our train rolling stock may still be relatively new the same cannot be said of the buses whose age and condition compare unfavourably with those in some other major cities such as London.

The Transport Minister has invoked the spectre of independent operators “cherry-picking” the best routes resulting in unprofitable but socially necessary routes being dropped. I have doubts as to how far this will be the case.  For instance independent operators can use smaller buses or other vehicles to allow capacity addition to be less expensive and responsive to fluctuations in demand.  Ultimately subsidies can be used to ensure socially worthwhile but commercially non-viable services to be provided.

Fifth and sixth lines of enquiry

Next the COI needs to consider to what extent ordinary Singaporeans are paying for bad investment decisions by the government in the 1980s that continue to this day. A related question is how far transport, population and immigration policy are inter-twined. I recall that in the 1980s when the decision to build the MRT was taken it was reported that a team of high-powered urban transport consultants had concluded that an underground MRT network was too costly on economic grounds.  An expanded bus network or some other form of above ground urban transport would better serve Singapore. However LKY, the PM at the time, overruled the recommendations and ordered the go-ahead with the construction of the MRT. I have my doubts about the narrow nature of the cost-benefit analysis undertaken, given that it is usually grounded in a neoclassical framework that starts by assuming full employment in the rest of the economy. In this framework there is an assumed opportunity cost to the investment in the form of crowding out of other investment. There is no macroeconomic benefit to the economy in the form of additional output and the employment of workers who would otherwise be unemployed. When these factors are considered, perhaps the economic argument in favour of buses over the MT was less clear-cut. However it is difficult to argue that there have been any spin-off benefits as we have failed to develop any indigenous mass transit industry despite the huge investments made.

It was around this time though that the government took the decision to start opening the floodgates to foreign labour though there was really only a bonfire of immigration controls after 2001. The authors of the study were undoubtedly unaware of the government’s plans to drastically increase the population. If they were their conclusions may have been different.

Even with the deliberate overloading of our transport network through a policy of uncontrolled immigration, the fundamental question remains.  Is the MRT network commercially viable at all even with the government already taking on all the costs of the network infrastructure?  I suspect that the real reason that the government does not want any competition in public transport is that bus services could undercut the MRT. The result would be that it would be forced to cut its fares resulting in the government having to subsidize the MRT operators or take them back into public ownership.

An example of this phenomenon is the Channel Tunnel between the UK and France where the tunnel operators went bust because they had to compete with the ferry companies which benefited from sunk costs in the form of fully depreciated boats. Another would be the experience of US airlines after 1973. Complete deregulation led to big falls in air fares. Existing airlines were unable to earn a satisfactory return but new entrants to the industry kept prices low and the consumer benefited. In economic terms greater competition led to consumers capturing more of the area under the demand curve (what is known by economists as consumer surplus).  However the gains to consumers in the form of lower prices and more capacity outweighed the losses to producers.  It is likely that this would happen here if public transport was opened up to competition.

This is an opportunity to set bold terms of reference for the COI and to radically reshape public transport policy in a way that will benefit consumers. Certainly this is what I would want to see if I were Transport Minister.  However I somehow doubt that the interests of consumers will come first.