First they give you oranges, then they squeeze them. 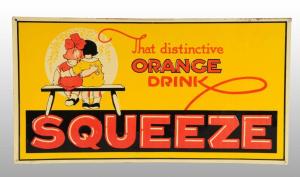 First they give you oranges, then they squeeze them.

In my article on Budget sweeteners entitled, “Why Accept Carrots When You Own the Farm”, I said that it was hardly surprising that the PM hinted at a good Budget in his CNY speech since the government had been running a surplus of around 10% of GDP this year. This was part of a fairly unbroken trend and that was before accounting for the surpluses of Temasek and GIC or the profits from land sales
The PM’s hints at a generous budget were closely followed by Deputy Prime Minister Teo Chee Hean’s grim warning to the people, “to be realistic in their expectations of Budget goodies as, even in good years, it is important for the Government to save in readiness for future uncertainties”?*
Are the Prime Minister and The Deputy Prime Minister singing from different hymn sheets? Or is it just a way of managing expectations so that people are taken aback with the government’s generosity later on? The right hand comes out and talks of giveaways during traditional Hangbao time. Then the left hand comes out and talks about uncertainty, the need to tighten belts and expect the worst.
Of course the incumbents may simply have given up on any attempt to win the electorate over with giveaways. Not only because I have suggested it would have been possible to cut taxes or increase spending by as much as $10,000 per Singaporean man woman and child in the last budget without running a deficit. But also because every time they offer to give us our money we respond that it is our money, thank you! Having realised that their attempt to demonstrate how generous the government is has been foiled by my exposure of the statistics and the new awareness, they may have decided that talk about Prudence will play better.
In any case another article in the ST Online entitled “Overcoming inequality and the income gap”** ironically highlights how little is done to help the lower income groups despite the massive surpluses. In the case cited a mother hopes for help with her three daughters’ education expenses. While the government would no doubt claim that the fees are nominal, I would beg to differ. To a family on or below the poverty line these fees probably deter them at the margin from investing in as much education as they otherwise would if it were completely free.
I have visited many of these families myself doing my rounds during walkabout. My economic beliefs are further supported  by the evidence of my own eyes   I have made it one of the central planks of the Reform Party’s education policy to make education completely free up to secondary level. It strips these families of their dignity to suggest that in our economy they should rely on charity or the philanthropy of strangers. Especially when that charity, in the case of the ST pocket money fund, gains its revenue from being a State owned monopoly.

Investment in education has been demonstrated in countless economic studies to generate a high social rate of return. Most, if not all, countries that have reached our level of development provide free education up to secondary level. It is the founding rock of an advanced and civilised Nation.

Yet our government considers it more important to hold down productive spending on our citizens to generate an extra few billion in surplus. It should be a truism that each succeeding generation is richer than the one preceding it It is hard to see the justification for saving such a high proportion of GDP when the returns would be higher from investing it at home.

I for one am confident that the rate of return from investing our budget on our people will far exceed what we can hope to earn on the surplus.