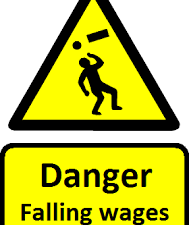 Why We Should Be Worried About Singapore’s Productivity

The PM has admitted that the PAP's economic policies have been ruinous for productivity .

Will the Taxpayer End Up Subsidizing Ho Ching’s Bonus?

In Budget 2015 the Finance Minister allocated $3 billion towards the construction of the new Terminal 5 at Changi Airport. He stated that he would be setting up a new […]

The latest figures for non-oil domestic exports were extremely weak and signal that GDP growth is likely to be weaker than the MAS’s projection for this year of 2-4%. They […]

The Budget Statement is only a few hours away. The Government-controlled and-owned media is full of speculation about the “goodies” that Singaporeans can look forward to. The Straits Times estimates […]