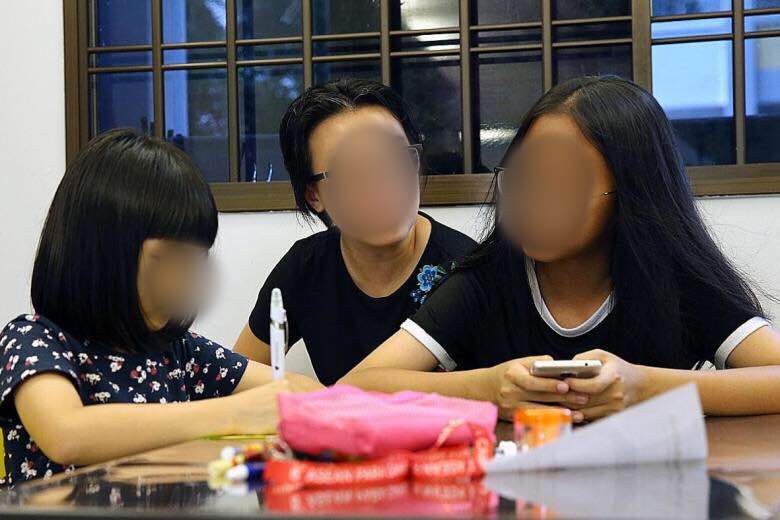 It is Budget time again and part of our good old PAP-controlled state media’s job is to prepare Singaporeans not to expect too much from their government. Then, when the Budget is finally released Singaporeans will forget that yet again they have not been told how many hundreds of millions or billions of dollars our government pays the PM’s wife and other members of the Familee to do such a good job of managing our sovereign wealth funds or the huge tax break extended to the Familee when Parliament voted to abolish death duties in 2008. Instead they will feel a rush of gratitude for their benevolent masters who have so kindly given them a few hundred dollars in GST rebates and make sure to put a cross beside the lightning symbol when they go through the charade of reaffirming PAP’s right to rule for another five years in 2020.

Not that we would know it from the pre-Budget propaganda but Singapore has one of the highest levels in the world of net foreign assets per capita. A constant theme of my blog has been the huge Government surplus which is currently at least $30 billion p.a. While the exact amount of the government’s assets is a riddle wrapped in a mystery inside an enigma, as Churchill said about the Soviet Union, the World Bank (WB) puts it at $123,000 per person, only exceeded by Kuwait and Qatar, but this is too low since the WB’s population figure for Singapore includes foreign workers who presumably have no claim on the assets. The WB figure also does not include domestic assets such as Temasek’s shareholdings in most of the major Singapore companies.  However leaving that aside for the time being and assuming that all foreign assets are held by the Government, this gives a total of  US$672 billion or S$884 billion. If 4% of this total was deducted from the fund and spent on Singaporeans every year, as is done with the Norwegian Pension Fund, that would provide spending of $35 billion p.a. or roughly $10,000 per Singaporean per year. That is remarkably similar to a figure I calculated several years ago but excludes the value of domestic assets including Changi Airport Group. Instead we get UP TO 50% of long term returns from Temasek, GIC and MAS which works out to about $14 billion p.a., much of which is not spent but goes into long term funds with the kind of accounting tricks that I have characterised as “smoke and mirrors”.

So to divert attention from the ridiculous surplus and the fact that the system is rigged in favour of the Familee and their friends and cronies, The New Paper (TNP) came up with the example of a (relatively) high income Singaporean family (calling them the Lees presumably to fix the idea in Singaporeans’ minds that our beloved Familee are also just an ordinary family ) that was struggling to get by on  a five figure salary. Predictably this excited the wrath of netizens who contrasted what they saw as the family’s first world problems with Singaporeans in genuine poverty. There were plenty of suggestions about how the family could economise by dispensing with a maid and cutting back on their daughter’s CCA. While their total household income was not given it was suggested that it was at least $11,000 per month, which would mean that they were in at least the 66th percentile of households.

Donald Low then wrote a Facebook post in which he decided arbitrarily to exclude non working households. Having dones so he then made  several errors. He calculates the family as being in the middle of resident working households but actually excluding the 12% of households where no member works still puts the Lees in the 62nd percentile. He also forgets to point out that the Department of Statistics includes employer CPF in household income (which is another statistical trick designed to make foreigners think Singaporeans are richer than they are since CPF pays for medical care which would be paid for out of taxes or by employers in most advanced countries). Adding 17% Employer CPF on to $11,000 puts the Lee household income up to around $13,000 per month which places them in the 72nd percentile or 67th if non-working households are excluded.

Additionally this family has serious health issues. The mother has had a heart transplant and TNP states that her medication costs $2,000 p.a But this is presumably just the excess after claiming on Medishield and exhausting their Medisave. In most countries at Singapore’s level of income the cost of catastrophic illnesses and long term care would be borne either by a single-payer provider like the NHS in the UK or private health insurance as in Germany or the US. So it is understandable that the Lee family would be struggling to get by.

Donald Low ignores the issue of  health insurance but says rather predictably that we would be better off if things like child care and CCA activities were financed by the state. He assumes there would be large efficiency gains which would reduce the cost of these services if financed out of taxes making everyone better off.  To me this is not obvious at all. I would prefer to see Singaporeans given cash handouts or vouchers to spend in these areas which would prefer freedom of choice and incentivise low cost providers. In fact the Reform Party’s manifesto for the 2015 GE proposed spending approximately $6 billion p.a. on a basic old age pension and child benefit as well as abolishing Medishield premiums for the elderly and children. Predictably these proposals were ignored by PAP state media or rebutted as too expensive without giving us the right of reply.

Donald Low falls into the same trap because his rice bowl is dependent on the government. He says Singaporeans should be prepared to pay higher taxes to finance higher provision by the state but then says a highly unequal society leads to a breakdown of trust making individuals unwilling to pay for anything that might benefit someone else. But he fails to mention the government’s huge and unnecessary surpluses and its growing stock of foreign assets which could and should be used to finance more domestic investment in health and education. As I wrote recently (Han Fook Kwang Softens the Ground for Unnecessary and Regressive Tax Increases), in a hundred years time we will probably be five times richer than we are today so there is absolutely no need for such high rates of saving.

This is the PAP’s cunning plan. Just before Budget time demonise a deceptively well-off Singaporean family struggling with problems that the Government says is your fault and convince Singaporeans that they are the real enemy in the competition for limited resources. Meanwhile keep saying taxes will have to go up if the Government spends more while laughing all the way to the bank as Ho Ching collects yet another (disclosure of which is punishable under the Official Secrets Act) hundred million dollar bonus. As Lee Hsien Loong said the best way to avoid high medical bills is to stay healthy. It is a pity this Lee mum did not heed his advice.